How does the BETA program work?

Written by François Thill
Updated over a week ago 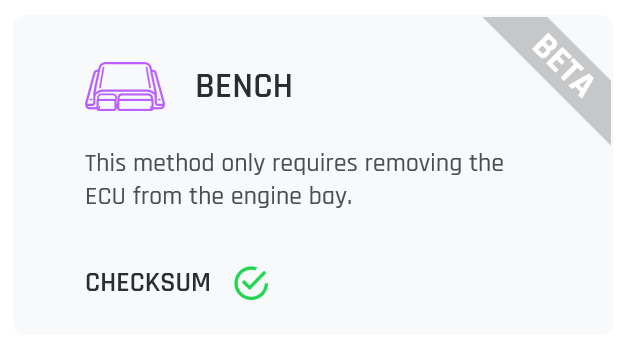 The Autotuner Beta Program lets you try out pre - released ECU read/ write protocols for free and at any time.

Including our users in the development of the Autotuner solution has always been an important part of the way we do things and beta testing protocols is actually the main benefit we can all take advantage of.

This program contains confidential information. You must accept the fact that you cannot blog, post screen shots, tweet, or publicly disclose any information regarding any Beta protocol until it has been officially released.

Should this condition be violated, Autotuner could deactivate your device at any time, without notice.

The feedback you provide on quality and usability helps us identify issues, fix them, and make Autotuner even better. Please keep in mind that since these protocols have not yet been officially released by Autotuner, they may contain errors and may not function as well as officially released protocols.

We strongly recommend making a boot backup (if available) before testing any OBD protocol which is only available in Beta.

If you encounter any issue with a Beta protocol, it is very important that you open a support ticket so we can further investigate, test and maybe get to a working solution.

Get in touch now
Did this answer your question?